Cairney calls for Parker to get permanent Fulham job 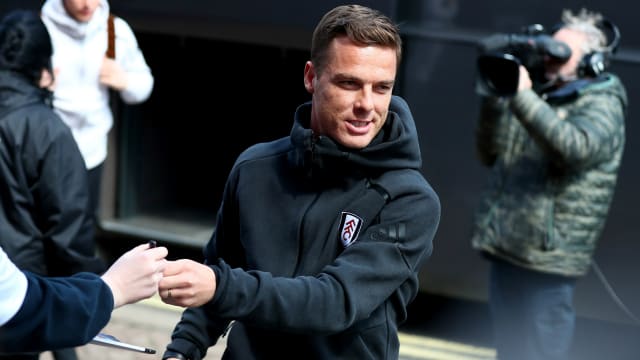 Scott Parker should be given the permanent job as Fulham manager, according to captain Tom Cairney.

That ended a dreadful nine-match losing run and earned Parker his first points since he took caretaker charge in February following the sacking of Claudio Ranieri.

"You can see the way the players play for him, the way they respond. If there has been that improvement in four or five weeks, then it's a given [he should get the job].

"It has been hard to get a win. But the performance has improved and [it is] an improvement in a short space of time."

Parker, whose side's relegation was confirmed after their loss last time out to Watford, himself added to BBC Sport: "We were fantastic from start to finish.

"We showed a real quality in the way we played and showed grit. That was something I drummed on about, our naivety. We have worked hard over the last 10 days. To a man we were fantastic."

Marco Silva, meanwhile, saw his side fail to take the chance to go seventh as their run of three straight wins without conceding came to a sudden halt.

"Yes, it was a bad result for us," he said at his post-match news conference.

"The performance wasn't good enough. When you look at their last four or five matches at home, it was always tough for their opponents.

"We spoke at half-time about being more aggressive, but when you concede in the first minute things are difficult.

"We had a good chance to change the game, Dominic Calvert-Lewin had a one-on-one. But we didn't score, after that it was not a good game for us. They were more aggressive than us, faster and created problems."