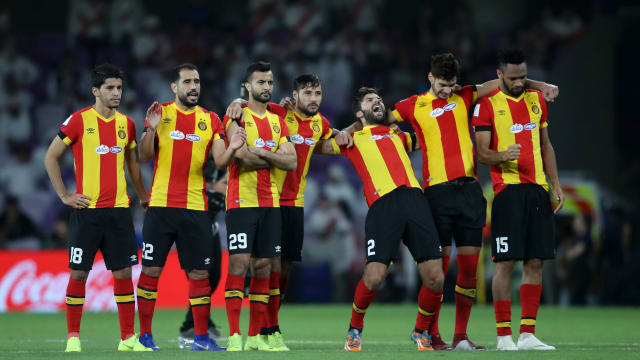 Saad Bguir ensured holders ES Tunis marched into the semi-finals of the CAF Champions League with a 3-1 win over CS Constantine.

Bguir dispatched an excellent free-kick in the 23rd minute and doubled his tally four minutes later.

Dylan Bahamboula reduced the arrears after the hour but substitute Franck Kom extinguished any lingering doubt by completing the scoring at Stade Olympique de Rades and securing a 6-3 aggregate triumph.

TP Mazembe came from behind to overcome Simba of Tanzania 4-1 and will face Esperance.

John Bocco missed a penalty for Simba in the goalless first leg yet they took a second-minute lead in the return ixture when Emmanuel Okwi rounded goalkeeper Sylvain Gbohouo.

But they were subjected to a mauling thereafter, with Kabaso Chongo prodding in an equaliser and Elia Meschak ensuring a lead at the interval.

Front two Tresor Mputu and Jackson Muleka got in on the act for TP Mazembe after the break, each moving on to five goals in the competition this season.

Wydad Casablanca and Horoya similarly played out a 0-0 first-leg stalemate, although the Moroccan club were in uncompromising mood on home soil as they stormed to a 5-0 victory.

Walid El Karti bagged a brace with half an hour played and Abdellatif Noussir effectively ended the game as a contest in the 34th minute.

Mohamed Nahiri and Zouhair El Moutaraji were on hand to pile on misery similar to that suffered by Al Ahly at the hands of Mamelodi Sundowns in their initial encounter.

The Sundowns completed the formality of progressing to face Wydad, losing 1-0 having hammered the Egyptian giants 5-0 in the first leg. Walid Azarou headed in the only goal after 68 minutes.