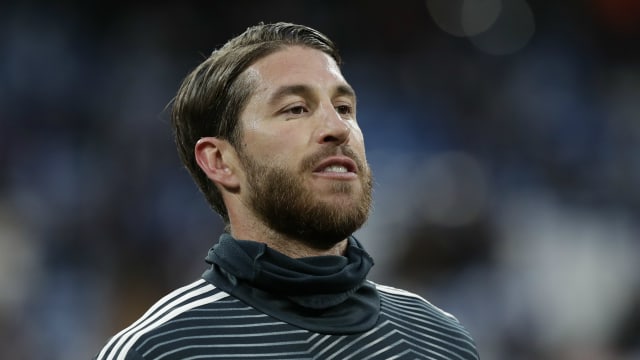 Sergio Ramos has been diagnosed with a calf injury, Real Madrid have confirmed.

Los Blancos released a statement confirming tests on Ramos had found "a grade one injury in the left soleus" but gave no timetable for his return.

Despite the return of Zinedine Zidane, Madrid's title chances are all but over as they sit 13 points behind LaLiga leaders Barcelona with seven games remaining.

Champions League qualification is almost secure, though, with Madrid 11 points clear of Sevilla in fifth.