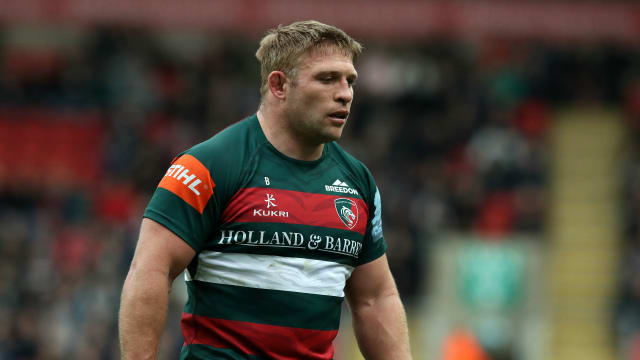 Premiership strugglers Leicester Tigers will be without captain Tom Youngs for three of their final four matches as they look to avoid relegation.

Ten-time champions Leicester head into the final weeks of the 2018-19 season with 34 points from 18 matches, five clear of bottom club Newcastle Falcons.

The two sides face each other at Kingston Park on Friday in a huge game at the bottom of the table, but Leicester will not have the services of their experienced hooker.

Youngs has been handed a ban by the Rugby Football Union (RFU) following his red card against Exeter Chiefs last weekend.

The 32-year-old was dismissed for a dangerous challenge with Ollie Atkins in the second half of the 52-20 defeat, Youngs making contact with Atkins' head in a ruck.

Tom Youngs has been given a three week suspension and will be free to play again in our final #GallagherPrem home game of the season against Bath (Saturday, May 18) at Welford Road. pic.twitter.com/WAkYnirk4G

An RFU disciplinary panel imposed the suspension on Wednesday, having cut it in half following Youngs' guilty plea and "obvious remorse".

As well as the Newcastle clash, Youngs will also miss the visit of fellow strugglers Bristol Bears and the trip to Harlequins.

He will be eligible to return for the final game of the season, when Leicester will host Bath at Welford Road.