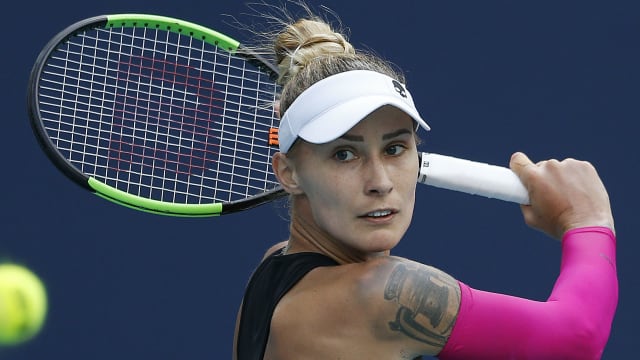 Hercog had battled back from a set down to beat second seed Carla Suarez Navarro in the opening round, and she faced another uphill challenge against Cirstea.

Two early breaks saw Cirstea take control of the opening set at 5-1 but Hercog came back and led 3-2 in the second when rain brought a brief delay.

On resumption, Hercog went on to level the match in emphatic fashion in a tie-break before edging the decider to progress to the quarter-finals.

Fiona Ferro is also through to the last eight after knocking fourth seed Alison van Uytvanck out in straight sets, but the day's remaining second round matches fell foul of the weather.

Viktorija Golubic and Stefanie Voegele managed three games – all won by the latter – before play was cancelled, while Timea Bacsinszky and Svetlana Kuznetsova never made it onto court.

Earlier in the day the first round was completed with Veronika Kudermetova's 6-2 4-6 7-6 (7-2) win over Jil Teichmann. Kudermetova will meet Rebecca Peterson next.