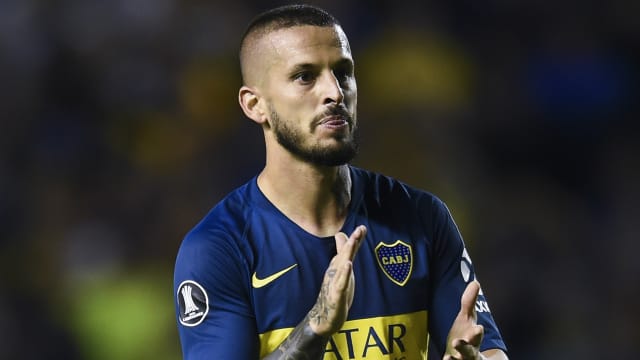 Boca Juniors bounced back from their loss to Athletico Paranaense with a 4-0 rout of Jorge Wilstermann in the Copa Libertadores, while hat-trick hero Fred led Cruzeiro.

Last season's runners-up Boca were swept aside 3-0 on matchday three in Group G, however, the Argentinian giants were ruthless against Jorge Wilstermann on Wednesday.

Emanuel Reynoso put Boca ahead in the 36th minute before Dario Benedetto converted a 63rd-minute penalty as the hosts took control in Buenos Aires midweek.

Mauro Zarate made it 3-0 with five minutes remaining, while a stoppage-time own goal from Alex Silva added further gloss to the scoreline against the Bolivian visitors.

Julio Buffarini with the perfect cross, and Emanuel Reynoso was there to finish it off and put @BocaJrsOficial in front!#CONMEBOLLibertadorespic.twitter.com/4SqPhAnzDt

It was the Fred show as the former Brazil international striker lifted Cruzeiro to a crushing 4-0 win at home to Huracan, sealing a last-16 spot in the process.

Fred scored a stunning first-half hat-trick to help Cruzeiro preserve their 100 per cent record after four matches in Group B.

The 35-year-old's looping header after 19 minutes set the tone before he side-footed his second goal into an empty net four minutes later.

Fred's treble was sealed just past the half-hour mark with another header, while Dodo added a fourth for Cruzeiro with seven minutes remaining in Belo Horizonte.

Fred collected a hat-trick and Dodô added a Golaço for good measure as @Cruzeiro booked their spot in the Round of 16 with a 4-0 win against @CAHuracan. #CONMEBOLLibertadorespic.twitter.com/877lZ8mADW

Palmeiras are second in Group F, a point adrift of leaders San Lorenzo – who beat the Brazilian giants last time out.

Elsewhere, Gremio won their first match in the Libertadores this season following Wednesday's 3-1 victory at home to Rosario Central.

Libertad are six points clear in Group H – eight ahead of Gremio – and through to the round of 16 after they edged Universidad Catolica 3-2.

Cerro Porteno – also through to the next round – made it four wins from four games with a convincing 4-1 victory against Atletico Mineiro in Group E, Nacional prevailed 1-0 over Zamora and Sporting Cristal beat Universidad Concepcion 2-0.