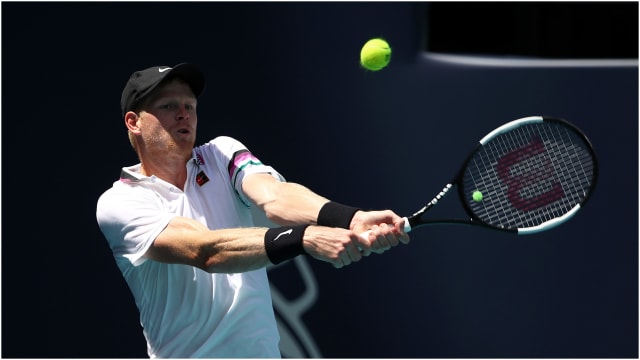 Kyle Edmund began his Grand Prix Hassan II campaign with a comfortable victory as he bids to avenge his defeat in last year's final.

The Briton, seeded third, was beaten by Pablo Andujar in the 2018 showpiece.

Edmund was dominant on Monday as he started his quest to go one better, seeing off Ugo Humbert 6-3 6-2.

Next up for Edmund is a particularly dangerous wildcard in Jo-Wilfried Tsonga, who overcame Cedrik-Marcel Stebe 6-1 7-6 (7-3).

Tsonga's French compatriot Gilles Simon, who won the tournament in 2008, was a 6-4 6-1 victor over Jozef Kovalik.

Albert Ramos-Vinolas was defeated by Andujar in the 2012 final but saw his hopes of reaching that stage ended by a 6-3 7-6 (7-5) loss to Guido Andreozzi.