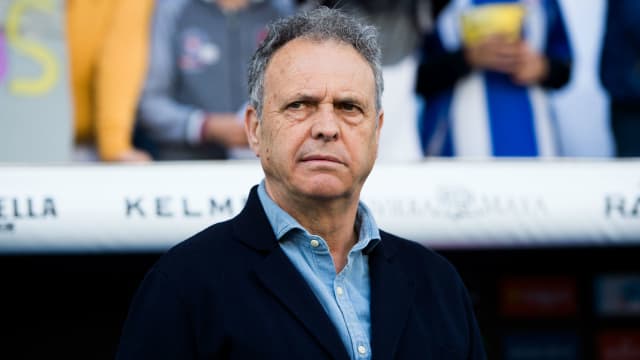 Sevilla coach Joaquin Caparros confirmed he has been diagnosed with chronic leukaemia but will continue in his role.

Rumours began to circulate earlier in the week that Caparros was suffering from an illness and he confirmed his situation after Sevilla's 2-0 win at Real Valladolid on Sunday.

Caparros returned for his third spell as Sevilla coach last month to replace Pablo Machin, having previously been sporting director.

The 63-year-old does not plan to leave his position due to his condition, assuring supporters the illness is under control.

Speaking to in his post-match news conference, Caparros said: "Everyone knows I have Sevilla in my blood, but there has been a problem with my white and red blood cells and I have been told that I have chronic leukaemia.

In today's post-match conference, Joaquín Caparrós has confirmed that doctors have diagnosed him with a chronic leukemia. pic.twitter.com/cFuI6Y2WH2

"It doesn't impede me from doing my job. I have caught it early and can live a normal life day to day. I am not receiving any treatment, so everyone should remain calm.

"I want to enjoy the opportunity the president and the board have given me, enjoy coaching in every sense. I'm more determined than ever.

"What I do want to say is that I won't talk about the subject any more, but I want to make sure everyone remains calm."

This is the second time in just over a year that a Sevilla coach has been diagnosed with leukaemia, as Eduardo Berizzo found out he had the illness while in charge of the club shortly before being fired in 2017. He made a full recovery.

Sunday's victory was Caparros' 65th LaLiga win as Sevilla coach, more than any other manager has enjoyed at the club, while it moved them back up to fifth and just a point behind Getafe in the final Champions League place.

65 - Joaquín Caparrós has won 65 #LaLiga games as @SevillaFC_ENG manager, more than any other manager for the team ever (Helenio Herrera 64). Strength pic.twitter.com/0WjMuoLLX4

Their next match will be at home to bitter rivals Real Betis on Saturday.