Classy Keys too good for Wozniacki in Charleston final 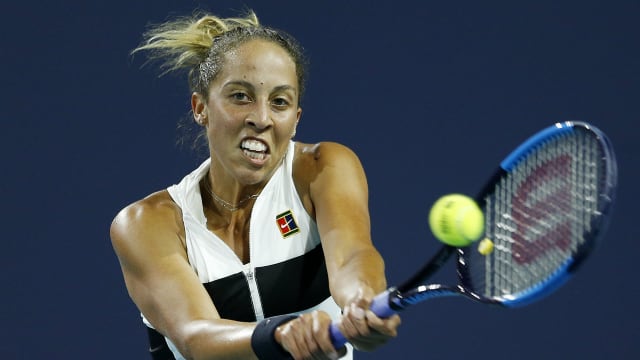 Madison Keys ended a near two-year wait for a WTA Tour title with an excellent 7-6 (7-5) 6-3 beating of Caroline Wozniacki in the Charleston Open final.

The American has had a dream week in South Carolina and her victory over the Dane on the green clay means she has beaten three grand slam champions this week, having already defeated Jelena Ostapenko and Sloane Stephens.

Keys' last tournament victory came in Stanford in August 2017, but her triumph over Wozniacki makes up a for a couple of near misses in Charleston with the 24-year-old a losing finalist in 2015 and a semi-finalist last year.

The #VolvoCarOpen trophy is hers @Madison_Keys claims the final over Wozniacki, 7-6(5), 6-3.  pic.twitter.com/X6XAeo5g30

Wozniacki, a victor here in 2011, can at least reflect on a first final of 2019 as she builds towards the French Open.

The 2018 Australian Open victor was broken early in the opening set as Keys' aggressive tactics paid dividends but an errant forehand from the American levelled the match again at 2-2.

Break-point chances came for Wozniacki at 3-2 and 4-3, but Keys held firm to take the opener into a breaker.

A costly double-fault at 4-3 was followed by Wozniacki allowing a Keys backhand to pass, only for the ball to land on the baseline, and there was no coming back from there for the former world number one.

Keys profited from a net cord to break in the sixth game of set two and that proved the crucial moment as she celebrated a maiden clay-court title.

After the match, Keys joked she could "share a car" with Wozniacki having received the prize of a vehicle from tournament sponsor Volvo.

"We can share a car!"@Madison_Keys is all smiles after her #VolvoCarOpen final  pic.twitter.com/8EQP6Rrplz