Hurricanes cling on to win derby thriller, Reds down Stormers 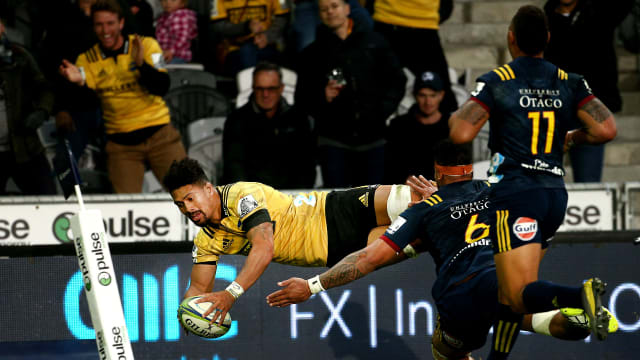 Ardie Savea bagged two tries as the Hurricanes beat the Highlanders 31-28 in a derby thriller and the Reds claimed a Super Rugby win over the Stormers in Friday's fixtures.

Hurricanes lost to the Crusaders in a battle between the top two in the New Zealand Conference last week but responded with a fifth victory of the season, coming out on top in a see-saw clash at Forsyth Barr Stadium.

There was nothing in it at the end of an error-strewn first half, Highlanders twice hitting the front with scores from Shannon Frizell and Ash Dixon, only for TJ Perenara and Savea to peg them back.

Beauden Barrett's penalty put the visiting side 17-14 up early in the second half, but Kayne Hammington crossed after great work from Ayden Johnstone and Tyrel Lomax.

James Lentjes dotted down to extend Highlanders' advantage, yet the Hurricanes stormed back and Ben Lam laid on a try for Savea before Barrett's clever offload gave Ngani Laumape the chance to show a rapid turn of foot to go under the posts.

Barrett converted both scores to edge in front and the Aaron Mauger's men were unable to avoid a fourth consecutive loss despite ramping up the pressure in a tense finale.

Reds put a home defeat to the Rebels behind them with a 24-12 victory at Suncorp Stadium.

There was no score in the first half, but the excellent Samu Kerevi, Brandon Paenga-Amosa and Tate McDermott went over in the second to consign Stormers to a third defeat in a row. As for the victorious Reds, they sit third in the Australian Conference.