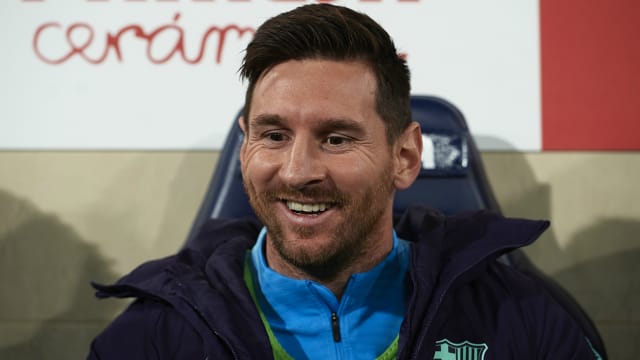 Messi and Ronaldo's standing among the greats of football is often debated, with the pair winning five Ballons d'Or apiece and numerous club and individual awards.

Barca's Messi has scored a LaLiga-high 32 goals this season and 42 in all competitions, while Ronaldo has netted 19 goals in his maiden Serie A campaign and 24 across all competitions for the Italian champions.

Asked to pick between Messi and Ronaldo, former Madrid midfielder Guti – who is now a coach at Turkish giants Besiktas – told Marca: "Both.

"It is true that I recently tweeted that I chose Messi, but I value highly what Cristiano has done. He is a great player.

"Messi has more talent, Cristiano is more of a goalscorer, more ambition, he is a self-made player. It is incredible that in the era of Messi, he has been able to win five Ballons d'Or. He has been massively important, as he showed at Real Madrid."

Madrid have struggled since Ronaldo left for Juve in a stunning €112million transfer at the start of the season.

Madrid's Champions League defence came to a shock end at the hands of Ajax in the last 16, having lost to Barca in the Copa del Rey semi-final.

"He has been an important factor, above all for his goalscoring productivity," Guti said of Madrid's all-time leading scorer Ronaldo. "Especially in big games. Real Madrid have missed Ronaldo."