Russell shows pace in Bahrain after swapping Williams for Mercedes 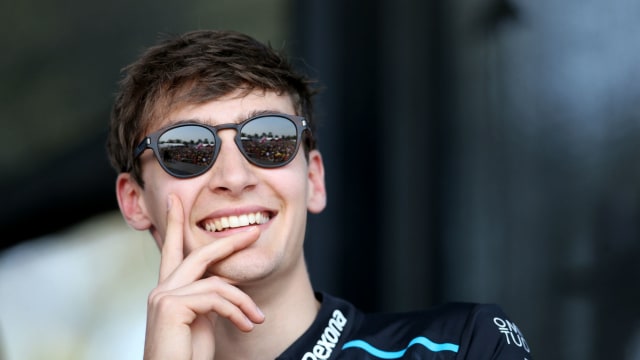 George Russell went fastest on the second day of the in-season testing after swapping his struggling Williams for the reliable Mercedes in Bahrain.

The Mercedes junior driver has endured a difficult start to life in Formula One, with Williams struggling to put together a package that offers both Russell and Robert Kubica a chance to be competitive.

Both Williams' have yet to finish higher than 15th in the opening two races, with Russell fairing slightly better than his team-mate.

Having been onboard the slowest car so far in the 2019 season, Russell was let loose in the Mercedes on Wednesday - and he showed why he is so well thought of within the Silver Arrows team.

Ending #F1Testing in Bahrain on top  101 laps and a best time of 1:29.029 for @GeorgeRussell63pic.twitter.com/yxANAJ1TfL

Sebastian Vettel set the early pace in Sakhir as the Ferrari continued to impress, but his time was eclipsed by Sergio Perez in the Racing Point later in the day.

Perez looked set to finish at the top, but Russell – who racked up 101 laps – put together a stunning lap to deny the Mexican.

Russell's time of one minute 29.029 seconds was 2.7secs faster than his qualifying lap with Williams on Saturday, showing he has the skills to deliver should his team be able to make progress.

Teenager Dan Ticktum also impressed for Red Bull, clocking up 135 laps, a feat only bettered by Alex Albon in the Toro Rosso with 143.