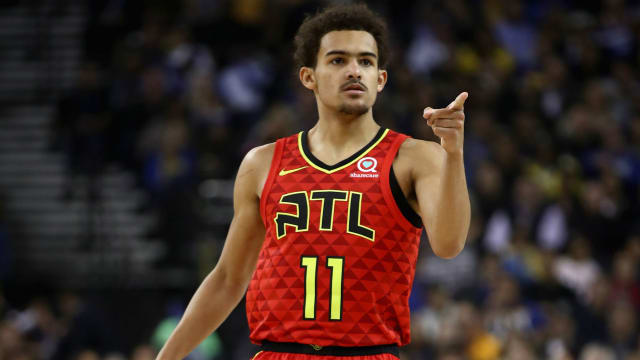 Trae Young has been on a roll lately, and his late-game heroics helped the Atlanta Hawks top the Milwaukee Bucks 136-135 in the NBA on Sunday.

The rookie guard made a game-winning shot after the ball ricocheted to him in the closing seconds.

Young did not have a great shooting game, but finished with 12 points and 16 assists. His fellow starters Justin Anderson, Alex Len and John Collins all eclipsed 20 points.

Milwaukee, the top team in the Eastern Conference, were without quite a few notable players, including Giannis Antetokounmpo, Khris Middleton and Eric Bledsoe.

In their absence, Sterling Brown erupted for a game-high 27 points, leading all scorers.

The Bucks are preparing for the playoffs while the Hawks are looking to finish the regular season strongly.

LaMarcus Aldridge posted 27 points and 18 rebounds in the San Antonio Spurs' 113-106 loss to the Sacramento Kings.

Lance Stephenson was held scoreless on 0-of-seven shooting in the Los Angeles Lakers' 130-102 blowout win over the New Orleans Pelicans.

Quinn Cook flips it up and in!

Will Barton pulled off an impressive no-look bounce pass on the break for the Nuggets against the Wizards.

The Toronto Raptors are firmly in the playoff picture. But the Orlando Magic are just outside it. The Magic are half a game back from the Miami Heat for the eighth seed in the Eastern Conference, so they will be prepared to go all out against a top contender.