Simmons backs Doncic for NBA Rookie of the Year 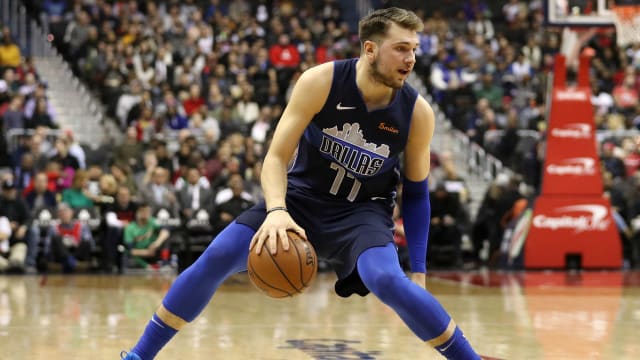 The 19-year-old Slovenian – who is favourite to claim the award – leads all first-year players in minutes played and points scored.

Philadelphia 76ers All-Star Simmons – the 2018 Rookie of the Year – backed Doncic to take his crown this season.

"Luka," Simmons replied when asked who he would vote for in this year's race.

"Trae Young is killing it. Same as Donovan (Mitchell last year). But it's just overall I think Luka's got his team playing a little better."

Young had a bit of a rocky start this season, but has put up eye-popping numbers as of late. The Hawks guard is averaging 25.1 points and 9.3 assists per game since the All-Star break.

Simmons was drafted with the top pick in the 2016 draft. But he did not play until 2017-18 because of a foot injury that kept him out for all of what should have been his rookie campaign.

The 22-year-old Australian exploded onto the scene last season. He averaged 15.8 points, 8.1 rebounds and 8.1 assists during his rookie campaign and beat out notable names like the Utah Jazz's Donovan Mitchell and Boston Celtics swingman Jayson Tatum.

Doncic and Young were exchanged in a trade on draft day last year and both are already proving to be valuable pieces to their respective teams.