It's the best I've ever played in! Tottenham greats in awe of new stadium 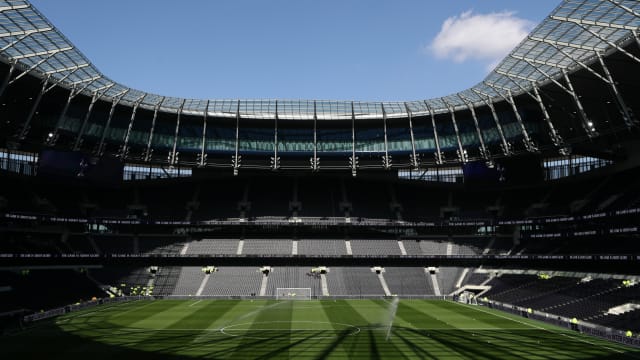 Former Tottenham midfielder Darren Anderton has described the club's new stadium as the best he has ever played, as the plaudits for the new venue continue to roll in.

More than 40,000 fans attended a special fixture between Spurs and Inter legends at the club's new ground on Saturday in a match held as the second test event ahead of the first official game between Mauricio Pochettino's side and Crystal Palace on Wednesday.

Anderton, who was also involved, was left amazed by his old club's new surroundings.

"It's an amazing stadium, the best I've ever played in and even seen," the former England midfielder said. "It is definitely one of the best in the world and the atmosphere was unreal. It really does reverberate around the place."

"For the players, it's a temple. If you can play in a place like that, they will be thrilled. It's all set for a bright future."

@J_Klinsmann: "I'm really honoured to be here on such a special day." #SpursNewStadium ⚪️ #COYSpic.twitter.com/NxVVURVI6o

Former striker Keane said: "It's definitely up there with one of the best, it has really a good feeling to it as well, when you walk out it has a White Hart Lane feeling to it, there's a spirit of that. It was fantastic, the pitch was amazing."

Ginola, who starred at White Hart Lane between 1997 and 2000, said: "The stadium is looking amazing. Hopefully, cross fingers, things are going to be fine for the club and now moving forward, no playing at Wembley anymore - except if you play the FA Cup final! Or any finals.

"But I think it's going to be fun to restart a little bit with your home, your home soil."

Berbatov added: "It was loud, and the atmosphere was even more close and intense. I'm sure visiting teams will experience that and it's going to help Spurs in the games as well."