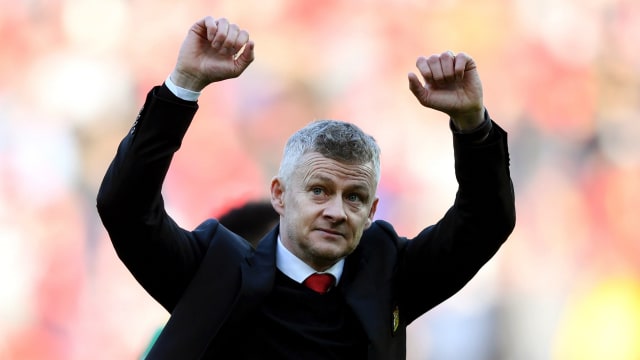 Ole Gunnar Solskjaer is the right man to take Manchester United forward, according to former Red Devils striker Dimitar Berbatov, who warned that keeping the job will be tough.

The Norwegian coach rounded off a satisfying week by watching his side beat Watford 2-1 at Old Trafford on Saturday, two days after being give the manager's job on a permanent basis.

Solskjaer presided over a run of just three defeats, two draws and 14 wins in all competitions before getting the nod on a full-time basis and Berbatov predicts his job will get harder.

"I said before that even before they gave him [Ole Gunnar Solskjaer] the [permanent] job, he earned it because of the results he achieved," Berbatov told the media after appearing in a Tottenham legends game in a test event at the club's new stadium.

You didn't think we were going to miss posting a pic of Ole's post-match celebration, did you?#OlesAtTheWheel#MUFCpic.twitter.com/HoxxdkywCH

"You see the way the team is playing, everybody sticks together, I think it was the right decision. Of course, now begins the difficult part to keep the job because now it's yours to lose it."

United have lost just once in 14 Premier League matches since Solskjaer took charge of the team, but face a tough run of fixtures as they seek to pip Tottenham to third place in the final weeks of the season.

With Manchester City and Chelsea both still to come to Old Trafford, Berbatov told Solskjaer that the pressure will build the longer he stays in one of world football's top jobs.

"The pressure is going to be even more but it is always like that at Manchester United," said Berbatov.

"You're at the biggest club so you need to play and win."