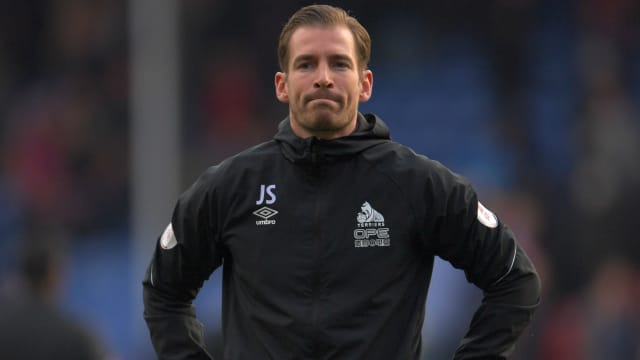 Jan Siewert promised Huddersfield Town fans the team will "come back stronger" after their relegation from the Premier League was confirmed on Saturday.

The Terriers suffered a 2-0 loss away at Crystal Palace and with Burnley and Southampton both victorious, the Yorkshire club are now certain to be playing in the Championship next season.

They had appeared on course to pick up a point on their travels until Juninho Bacuna's ill-judged tackle on Wilfried Zaha allowed Luka Milivojevic to open the scoring from the penalty spot in the 76th minute.

Patrick van Aanholt added a second goal as the Eagles condemned their opponents to the drop, though Siewert is already looking ahead to a brighter future.

"I think the fans realise what we are doing," he told the media. "There are certain things that go wrong in a season, and we have to find all the things that we are willing to do as a club.

"It's great, and the supporters are part of that, and they help to bring us in the right direction.

"We are really focusing on the stuff that went wrong, and finding a better way to come back stronger."

Siewert's side have now lost five away games on the spin but Huddersfield had their chances at 0-0, Chris Lowe twice denied by Palace goalkeeper Vicente Guaita in the first half.

"The penalty definitely summed up the season. We haven't had a penalty ourselves this season, but we've conceded eight to 10," Siewert said.

"The quality in the Premier League is so high that it completely takes the game in a different direction. But still, at 1-0 down, we fought and had a chance to equalise. The team on the pitch today made me really proud."

Opposite number Roy Hodgson admitted a tactical change helped inspire Palace after an insipid first 45 minutes, with Zaha becoming a key contributor after being pushed into a more advanced role.

"At half-time, things were looking bleak, so I must give our team an awful lot of credit for the way they came out in the second half," the former England boss said in quotes published on the club's official website.

"We made a couple of slight adjustments, and in the second half we were much more like ourselves.

“I was very pleased that the players' determination shone through. We pulled ourselves together. I thought pushing Wilf up front, and bringing [James] McArthur in made a difference to our play."