Allegri: Ronaldo will return when there is no danger of a relapse 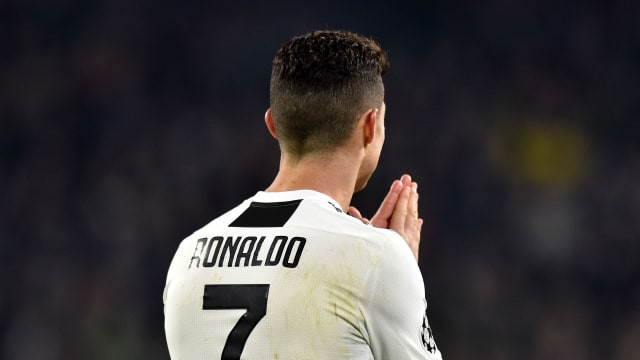 Massimiliano Allegri has confirmed Cristiano Ronaldo will undergo further scans on Monday before Juventus can plan his return to first-team action.

Ronaldo picked up a thigh injury during Portugal's 1-1 draw with Serbia on Monday and will not be fit to face Empoli in Serie A this weekend.

The five-time Ballon d'Or winner was given Friday off to continue his rehabilitation, and Allegri is hopeful his star man will be fit for the first leg of the Champions League quarter-final against Ajax on April 10.

"Prudence is always useful, it is better to skip a game than two months," he told reporters.

"We are in a delicate phase, we have 10 games in the league and, for now, two in the Champions League. He will be back when there is no danger of a relapse.

"On Monday he will have a scan, from then we will evaluate. There are so many risks for the away game with Ajax. He also knows that is he is not well then he will not play."

Teenage forward Moise Kean could come in for Ronaldo on Saturday after becoming the second youngest player to score for Italy with his debut goal against Finland, with the 19-year-old then also finding the net against Liechtenstein three days later.

While Kean grabbed the headlines during the international break, Allegri is keen to protect his young star.

"Like for all young people, my concern is about his recovery at the moment. He needs to be calm."

Juve will also be without Douglas Costa and Juan Cuadrado for the visit of Empoli, while Leonardo Bonucci will be rested to ensure he is fresh to face Ajax.

"Tomorrow, Bonucci will rest," Allgeri continued. "We have many challenges from now until April 22, five in Serie A and two in the Champions League.

"We find ourselves in a vortex at the moment, so we must not pull the plug thinking to have already won the title."