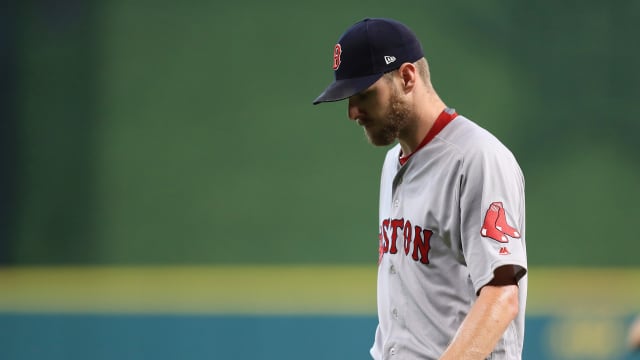 The Boston Red Sox and Tampa Bay Rays made losing starts to their MLB seasons on Thursday.

Teams set a record for home runs hit on Opening Day with 48 and the Los Angeles Dodgers tied a record for most by a team in a single game with eight.

But for Rays and Red Sox fans, Thursday was a struggle. First, for Tampa Bay, Blake Snell got knocked around to the tune of five runs in six innings with three homers allowed, including a three-run dinger to Springer on a hanging curveball.

Snell won the American League (AL) Cy Young Award last year, but some believe he is a candidate for regression. However, this was just one game against a potent Astros lineup, so a 5-1 loss is not anything to panic about – yet.

For Boston, Chris Sale was just given a five-year, $145million extension by the Red Sox, but he showed the same diminished velocity he did at the end of 2018.

He also gave up six hits, seven runs, two walks and three home runs in three innings of work in a 12-4 loss to the Seattle Mariners.

Javier Baez went two-for-five with two home runs and four RBIs in the Chicago Cubs' 12-4 win over the Texas Rangers.

Athletics third baseman Matt Chapman made a nice catch on a hot shot to third in Oakland's 4-0 win over the Los Angeles Angels.

Astros' World Series hero Charlie Morton makes his first start of the year against his former team as the new Rays starter will take on Gerrit Cole at the Trop.