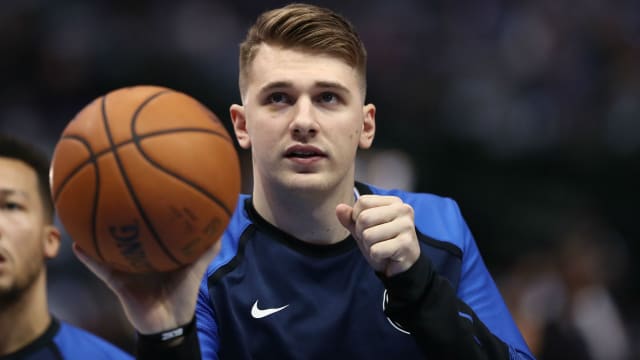 Luka Doncic found time during his triple-double performance against the Sacramento Kings to have a little fun with a fan.

The Mavericks star was seen on television playing rock-paper-scissors with an off-screen opponent as he sat on the bench at the end of the third quarter in Tuesday's 125-121 loss.

Doncic – a contender for the NBA Rookie of the Year award – shamelessly re-tweeted the video on Wednesday.

The Mavs blew a late eight-point lead and fell to the Kings as Doncic finished with 28 points, 12 rebounds and 12 assists for his seventh triple-double of the season.

What is even more impressive is the 20-year-old tied Magic Johnson for third-most all-time by a rookie.