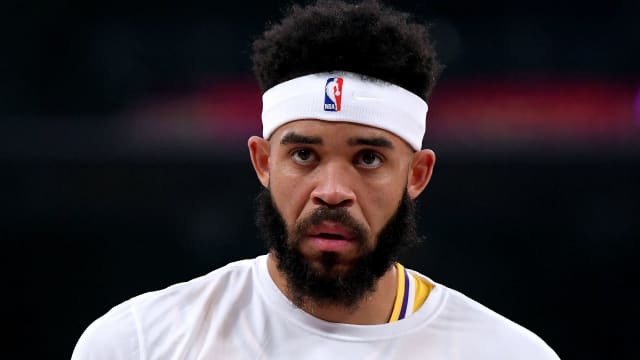 Los Angeles were officially eliminated from playoff contention with a 111-106 loss to the Brooklyn Nets on Friday.

McGee, however, does not believe that should change the team's mindset, and they posted a 111-106 victory over the Sacramento Kings on Sunday.

"It's extremely unfortunate that we're not making the playoffs, something I really wanted to do," McGee said, via the Los Angeles Times. "But, some of the times it happens."

McGee said the Lakers will continue to focus on getting wins and playing hard.

"That's what our mentality is. There is no slacking," McGee said. "As a team that's not making the playoffs, I'm planning on playing teams that are supposed to make the playoffs and knocking them out too. Might as well."

Behind a strong third quarter and some clutch free throw shooting down the stretch, the Lakers take down the Kings, 111-106 #LakersWinpic.twitter.com/qsyN6ix8n3

Lakers coach Luke Walton said his message to the team will not change over the final few weeks of the season.

"It's still about players getting better," Walton said. "It's still about going out there and respecting the game and giving everything we have to try to win. We owe that, like I said, to ourselves, our team-mates, our organisation, to the fans.

"So, it will be a lot of that and I fully expect our guys to continue to give that."

The Lakers began the season with a 20-14 record before star LeBron James suffered a strained groin on December 25. He missed the next 17 games and the team never recovered.

Los Angeles also dealt with injuries to key role players throughout 2018-19, which McGee described as "astonishing".

"I don't think I've seen anything like this in my life," McGee said. "It was just so many injuries … It was just a lot of things happening this season that it was just like somebody put a juju on us."

McGee is averaging 11.4 points and seven rebounds during his first season with Los Angeles. He will be a free agent this offseason.