Germany still have work to do despite dramatic Dutch win, says Low 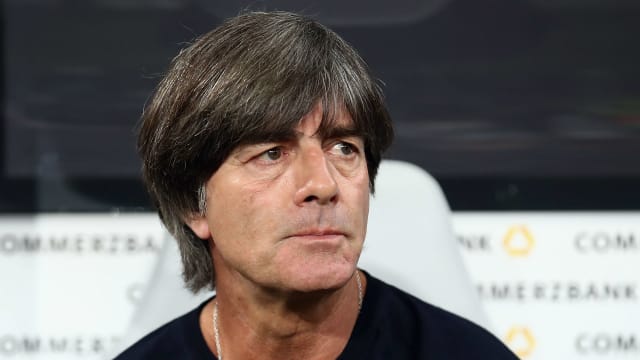 Joachim Low feels there is still work to do for Germany despite his new-look side winning 3-2 away to Netherlands in a high-quality Euro 2020 qualifier.

Serge Gnabry and Leroy Sane scored superb goals to give Germany a 2-0 lead in Amsterdam in Group C, but Memphis Depay inspired a turnaround after the break with a goal and an assist.

With the spoils seemingly set to be shared, Nico Schulz came up with a late winner to give Germany victory at the Johan Cruijff ArenA on Sunday.

It was revenge for Germany, beaten 3-0 by Ronald Koeman's side in the Nations League last year, and their first victory away to the Dutch in 23 years.

Low, though, understands his young squad will need patience as Germany seek to bounce back from their awful World Cup defence.

"The first half was great, we had the game under complete control," Low said to RTL.

"The second-half goal came at a very bad time. Today we had the luck of the game that we missed in the past games.

"A win in Holland is very good, it will help us in our further process. But we still have a lot of work ahead of us.

"We stayed in the match until the very end, so compliments to the team."

But the Germany captain is not taking his place in the side for granted with Bernd Leno and Kevin Trapp also available to Low.

"Especially in the previous duels with Holland they have often caught us in the final stages, so I thought that the turning point would come for us today.

"It is not so easy for a young team to clear their minds, just keep playing, it was difficult, but we did not lose heart, tried everything and fortunately still achieved this winning goal.

"Basically, public opinion always interests me, but I have to concentrate on my job, like all goalkeepers - like Marc, Kevin, Bernd, all great men."