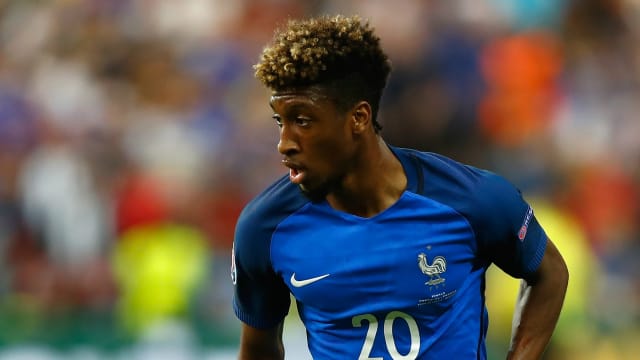 Kingsley Coman has been ruled out of France's Euro 2020 qualifier against Iceland due to back pain, Didier Deschamps has confirmed.

Bayern Munich winger Coman will return to his club as he is not fit to take part in Monday's Group E game at the Stade de France.

Coman had been set to start the opening match of France's qualifying campaign against Moldova but was injured in the warm-up.

The 22-year-old's career has been regularly affected by injury and he missed three months of action for Bayern after damaging ankle ligaments on the first weekend of the Bundesliga season.

Kingsley Coman will not take part in the game against Iceland on Monday due to back pain, and has returned to his club. Didier #Deschamps has decided against calling up a replacement. #FiersdetreBleus #EURO2020 #FRAISL pic.twitter.com/v5DTz6KAxG

Deschamps told a news conference no replacement would be called up for Coman, with Blaise Matuidi having taken his place in the side for a 4-1 win in Moldova.

World champions France are already without left-back Lucas Digne after he returned to Everton having sustained a thigh injury.