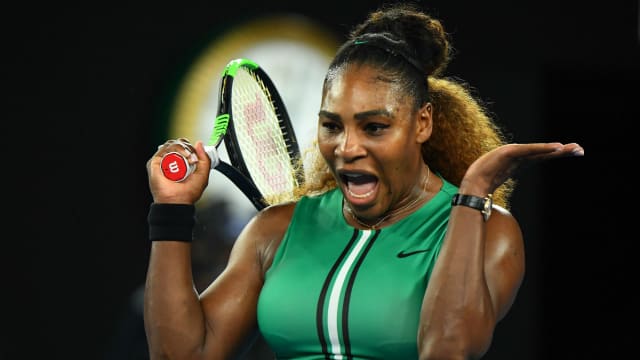 Serena Williams came through her opener unscathed at the Miami Open as she defeated Rebecca Peterson 6-3 1-6 6-1 on Friday.

The 23-time grand slam champion retired from her clash with Garbine Muguruza at Indian Wells last week with illness, but she was fit to take on Peterson at Hard Rock Stadium.

Williams made a shaky start and was worked hard by the Swede, seeing her form desert her entirely in a punishing second set.

But the home favourite recovered her composure to power past Peterson in the third and set up a third-round clash against Qiang Wang.

Perfect play at the net, @serenawilliams!#MiamiOpenpic.twitter.com/uld98rxlzd

A series of early errors saw Williams collapse from 40-0 to lose her first service game with a backhand into the net, but a similarly scrappy second game brought the 10th seed level.

The match settled from that point, yet a blazing return at the net handed Williams two break points and the second was seized as she backed Peterson into a corner.

A subsequent hold to love saw the favourite take the opener, although Peterson managed to stay with Williams early in the second and produced one particularly gutsy hold at 1-1.

That gave Peterson the opportunity to go after a break and it arrived immediately, with Williams wearing a bemused grin as the underdog repeatedly defied her and broke again before securing the set.

Williams repeatedly bellowed for the Miami crowd to back her at the start of the third, yet she required a Peterson double-fault to belatedly reclaim the lead.

Back in control, it was plain sailing from there as Williams set up a meeting with Wang.