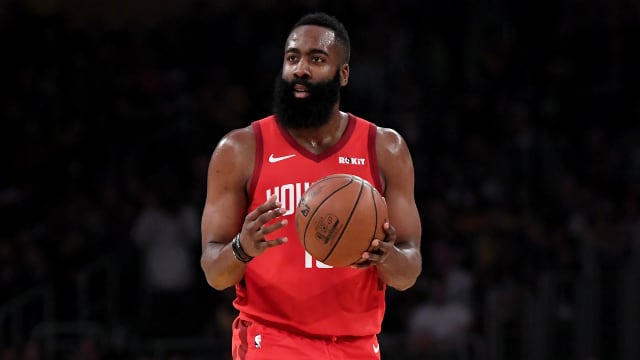 Houston Rockets star James Harden became the first NBA player to score 30 or more points against all 29 opponents in a single season.

Harden posted 31 points, 10 assists and eight rebounds in the Rockets' 121-105 win over the Atlanta Hawks on Tuesday.

The reigning MVP's performance saw him make more NBA history as the Rockets extended their winning streak to three games.

@JHarden13 goes for 31 PTS, 10 AST, 8 REB, becoming the first player in @NBAHistory to score 30+ points against all 29 opponents in the same season! #Rocketspic.twitter.com/W7P6p2DBBg

The 29-year-old guard poured in 30 or more points in 32 consecutive games from mid-December to late February, a mark topped only by Wilt Chamberlain.

The Rockets improved to 45-26 with the win in Atlanta. They finished play on Tuesday sitting third in the Western Conference standings.