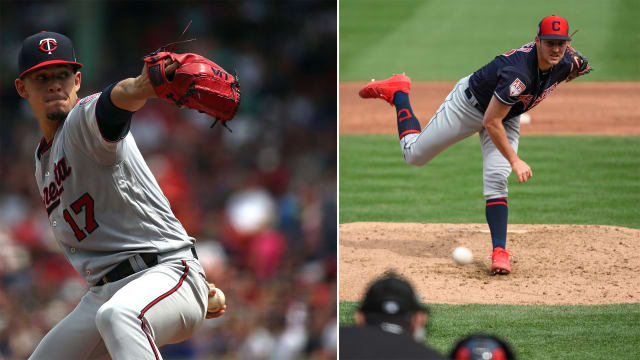 This is the Cleveland Indians' division to lose and they know it.

Cleveland have won the American League Central three years running and a rotation featuring Corey Kluber, Trevor Bauer, Carlos Carrasco, Mike Clevinger and Shane Bieber is more than enough to do it again.

Not to mention, the Indians have two MVP candidates in Jose Ramirez and Francisco Lindor.

The lone threat will be the Minnesota Twins, who will look to bounce back from a bad 2018 with a new manager at the helm.

For an extended look at how things can shake out, here is your 2019 preview for the AL Central.

Storyline to watch: Can Twins bounce back?

The Twins were probably the most disappointing team in the American League last season. They were coming off a wild-card appearance in 2017 and looked to feature a good young core of Byron Buxton, Miguel Sano, Max Kepler and Jose Berrios.

But Minnesota took a massive step back in 2018 as Buxton was hurt, Sano was sent down, Kepler dropped 20 points on his batting average and manager Paul Molitor was fired. Berrios was one of the lone bright spots on the club.

This season, they get a fresh start as Rocco Baldelli looks to inject new life into the organisation, the young players get another shot and a few key additions like Marwin Gonzalez, Nelson Cruz and Blake Parker hope to get this team back to where they were in 2017.

If it were not for an early-season injury Francisco Lindor would likely be our pick, so with that in mind, Ramirez is the obvious choice.

The Indians third baseman has finished third in each of the last two seasons in the AL MVP voting and there is little reason to think he will not follow up that performance this year.

However, how he plays down the stretch will go a long way in bettering his case as he hit .218 in the second half of the season, .174 in September and .195 in the American League Division Series.

All of this depends on health, but Bauer was Cleveland's most dominating pitcher in an absolutely stifling rotation in 2018.

Bauer may be brash and off-putting to some, but he has possibly the nastiest assortment of pitches in all of MLB and is learning how to use them. If he eclipses 200 innings this season he could blow away his numbers from last year and win the Cy Young in a walk.

While Vladimir Guerrero Jr. and Fernando Tatis Jr. get all the national attention, Eloy Jimenez might be better than both of them this season.

Jimenez was the number one international prospect in a 2013 class which included Gleyber Torres and Rafael Devers and has basically matched all of Guerrero's numbers coming up.

All Jimenez does is hit and hit well. He batted .355 at Triple-A Charlotte last season in the International League and could potentially lead the Chicago White Sox in almost every offensive category this year, though Jose Abreu will give him a run for his money.

Division prediction: Is this even a question? Indians

Possibly the easiest pick of any division in MLB, the Indians are going to win this division and will likely do it by 10 games.

While the Indians copped a lot of flak last season for not playing as well as they should, they still won the division by 13 games while their bullpen struggled.

However, if the Twins are better and push the Indians a bit it could light a fire under them. When Minnesota made the playoffs in 2017, the Indians won 102 games. Cleveland have a better rotation than they did that season and the bullpen could be shored up (though that remains to be seen). The Indians will win this division by at least five games.