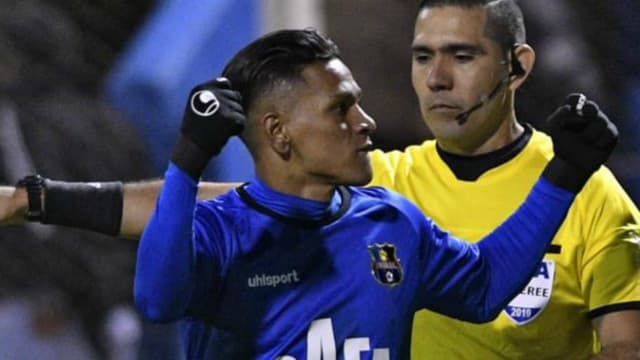 Bolivian side Nacional Potosi suffered the ultimate smash-and-grab defeat when they conceded in second-half stoppage time to lose 1-0 to Zulia after having 54 shots, hitting the post three times and allowing their opponents just six attempts.

The incredibly one-sided Copa Sudamericana clash saw Nacional dominate 79.2 per cent of the possession, while they made 533 passes compared to Zulia's 150, according to Opta data.

The Bolivian Primera Division leaders laid siege to the Zulia goal, attempting 27 shots in the first half. No other team has had more than 20 in the opening 45 minutes of a Copa Sudamericana or Copa Libertadores match since at least 2013.

The story continued after the interval, with Nacional piling forward for another 27 shots as 12 different players tried their luck to no avail.

27 - Nacional Potosi  attempted 27 shots in the first half of their @Sudamericana game against Zulia ; no other team had attempted more than 20 shots in a Copa Sudamericana or Libertadores FH at least since 2013. Madness. https://t.co/SDj5JK18sw

Harold Reina, Vladimir Castellon and Bruno Pascua all had 10 shots or more as 12 different players created goalscoring chances for Nacional, who looked almost certain to find a winner before the Venezuelan visitors struck in sensational fashion at the death.

The heatmaps from the game tell a similar story.

Nacional Potosi are on the left.

With two minutes of stoppage time played at the end of the second half, midfielder Jose Martinez burst clear and squared the ball to Bryan Velasquez, who opened up his body and side-footed home a winning goal that defied the statistics and handed Zulia the lead going into the second leg in Maracaibo in April.

@Zulia_FC had only one touch in the Nacional Potosí box tonight, but they made it count! #CONMEBOLSudamericanapic.twitter.com/1B1TxlSjWz