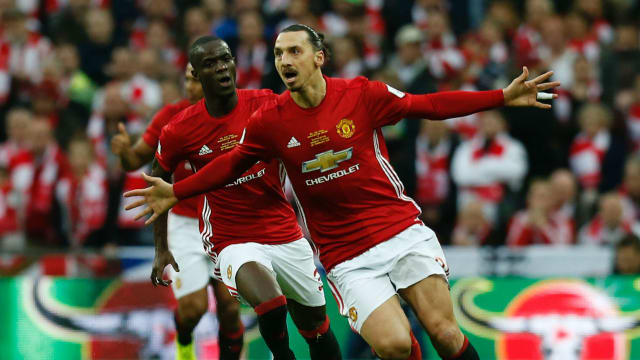 Zlatan Ibrahimovic has revealed the quality of football in the Premier League was exactly as he expected it when he signed for Manchester United – over-rated.

After leaving his native Sweden, Ibrahimovic played four seasons in the Netherlands' Eredivisie, seven seasons in Italy's Serie A, four seasons in France's Ligue 1 and a year in Spain's LaLiga, winning 12 domestic titles in total.

The 116-cap Sweden international finally made the move to the English top flight in July 2016, aged 34, and he explained how he anticipated he would need to adjust to English football.

Ibrahimovic netted 17 goals in 28 games during his first season at Old Trafford and the striker, now at LA Galaxy in the United States' Major League Soccer, can only imagine what would have happened had he arrived in Manchester 10 years earlier.

And we savoured every minute of it! @Ibra_official #MUFC pic.twitter.com/GyOf5EvhqE

"It was exactly like I thought it was," Ibrahimovic told the Mirror.

"It was very hyped, it was very intense, the pace was very high, it was good but the quality is a bit over-rated.

"Over-rated from a technical point of view. But it is high pace and intense and if you cannot handle those two things, you cannot survive.

"I don’t regret not having longer in the Premier League. I think everything that happens was meant to happen.

"The only thing is imagine if I came ten years before I came.

"It would be a different story. But I am more sorry for the fans for not coming earlier because they would have seen a different animal."

Ibrahimovic revealed he could have made the move to England in 2011 after falling out of favour at Barcelona, but decided to return to Italy with AC Milan rather than join Manchester City.

"I had the chance to go to City when I was at Barcelona but after that moment in Barcelona, I needed to find happiness," Ibrahimovic added.

"It would have been a new club, which Milan also was.

"But I knew the city because I had three years at Inter, I knew the country, so I took a little bit of a safe card."