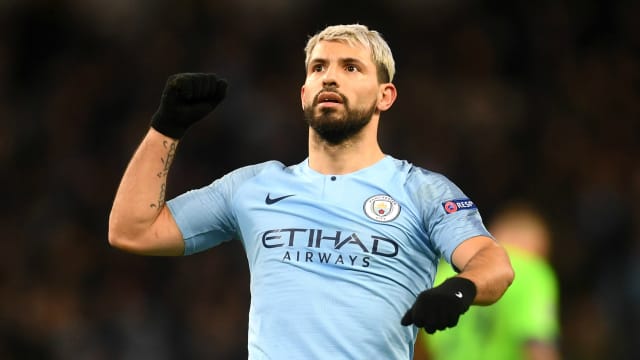 Marcus Rashford has revealed his admiration for Sergio Aguero and named the Manchester City star the Premier League's most complete striker.

Argentina international Aguero wrote one of the most famous chapters in the two clubs' storied rivalry when he scored the goal that snatched the title from Manchester United in 2011-12.

But United and England forward Rashford is a firm fan of the 30-year-old's ability to deliver in all conditions.

Aguero has netted 18 times in the top flight this term and is the most prolific player in City's history.

"I think probably the most all-round centre-forward is Sergio Aguero," Rashford said in an interview with GQ.

"Even on an off day, he can score you three or four goals. That, for me, is one trait of a centre-forward that I would take all day long.

"When you're not having a good game, but you're still scoring goals – that is a skill on its own."

And Aguero is not the only striker from a top-four competitor Rashford enjoys watching.

"Also Harry Kane, his positioning, his movement – very clever player," he added. "I like [Pierre-Emerick] Aubameyang as well."

Rashford scored his 12th goal of the campaign on Saturday but could not prevent United from crashing out of the FA Cup in a 2-1 loss to Wolves.

The 21-year-old is now preparing for England's opening Euro 2020 qualifying fixtures against Czech Republic and Montenegro, with the first to be played at Wembley on March 22.