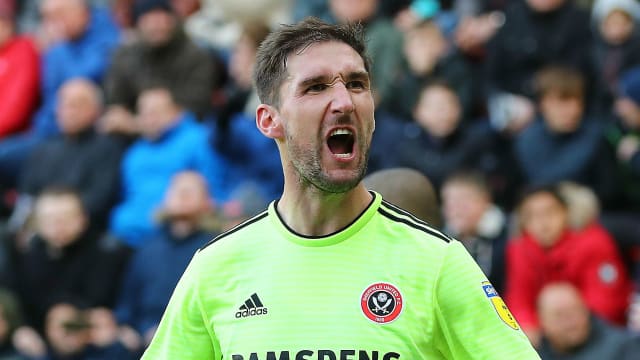 Chris Wilder's Blades, who leapfrog Leeds to go second behind leaders Norwich City, had to absorb waves of pressure during the opening half an hour, with Patrick Bamford, Jack Harrison and Tyler Roberts all wasting good opportunities.

Leeds appeared to flag as the first-half reached its conclusion, with David McGoldrick heading over before Basham rounded goalkeeper Kiko Casilla but was unable to capitalise.

Roberts cracked a shot against the post from Mateusz Klich's cutback before Leeds fell behind in the 71st minute.

Liam Cooper allowed himself to be clumsily dispossessed by Billy Sharp, who coolly picked out Basham for an unerring finish – Sheffield United's only shot on target over the course of 90 minutes.

Leeds centre-back Pontus Jansson began an incredibly eventful end to the match by sustaining a knee injury that seemed to render him virtually immobile.

However, Marcelo Bielsa had used all his substitutes and instructed the Swedish defender to hobble up-front, and he came agonisingly close to an 85th-minute equaliser.

Another Cooper error then saw Casilla charge out of his area to bring down Sharp and earn a stoppage-time red card, leaving Jansson to finish the match as an emergency goalkeeper after talking the diminutive Pablo Hernandez out of the role.

Leeds are a point behind Sheffield United with eight games remaining, while Norwich can pull four points clear at the summit by beating relegation-threatened Rotherham United.