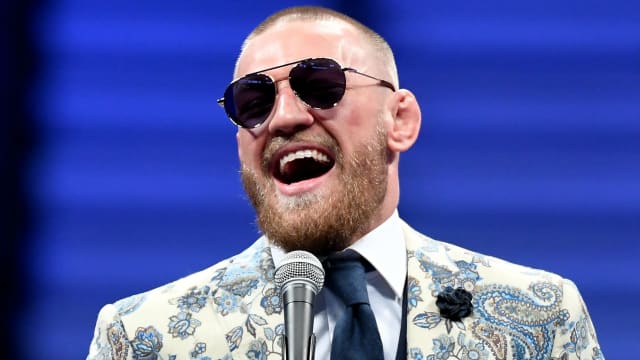 Conor McGregor made an unexpected NHL appearance on Saturday ahead of St. Patrick's Day.

The Irish UFC fighter dropped the puck ahead of a matchup between the Boston Bruins and Columbus Blue Jackets in Boston.

He was accompanied by a flag and proceeded to shake the hands of players, before hyping up the crowd.

Yep, the @NHLBruins are ready to play. pic.twitter.com/hx0Wg6rYKV

Although McGregor was arrested for allegedly damaging a fan's cell phone in Miami earlier this week, he seemed to be in high spirits.

The Bruins entered Saturday enduring a three-game losing streak. The Blue Jackets had won their last two games before the contest.

But McGregor seemed to favour Boston, the second-placed team in the Atlantic Division. They have posted a 42-20-9 record in 2018-19.