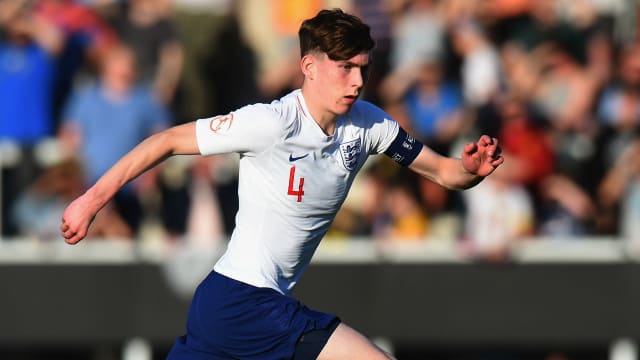 Teenage midfielder James Garner has signed a new contract to remain at Manchester United until the end of the 2021-22 season, with the option of a further year.

The 18-year-old made his senior debut for Ole Gunnar Solskjaer's side as a late substitute in the win over Crystal Palace last month.

Garner, who was an unused substitute in the Champions League last-16 victory over Paris Saint-Germain last week, has been with United since he was eight.

He has captained England Under-17s and is in the Under-18s squad for a tournament in Dubai later this month.

It's been a fortnight to remember for birthday boy James Garner — and it all started with his very first #MUFC appearance pic.twitter.com/wglxT4Iid7