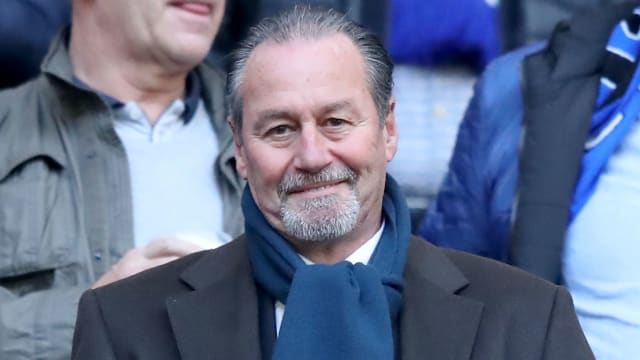 A healthy Huub Stevens has called on everyone at Schalke to unite together and turn around the team's fortunes following Domenico Tedesco's departure.

Veteran coach Stevens, who stepped down from his last job at Hoffenheim due to a heart condition, has returned for a third spell in charge of struggling Schalke.

The 65-year-old won the UEFA Cup and DFB-Pokal in his first stint but is now charged with steering the club away from the Bundesliga relegation zone.

Tedesco oversaw a second-placed finish in the league last season but has struggled to replicate the same success in 2018-19, with Tuesday's 7-0 Champions League loss at Manchester City proving to be his final game in charge.

"First of all, I want to thank Domenico Tedesco for his honest and hard work here at Schalke," Stevens told the media.

"I talked personally with him after the meeting for a while I can tell you that we will stay friends.

"Everybody deserves a second chance. We will talk to the players before the RB Leipzig game [on Saturday] and then make our decisions. It's nice to be able to surprise people.

"I want everyone to show some passion and to all work together. We need to be a family."

#Stevens : "I want everyone to show some passion and to all work together. We need to be a family!" #s04 pic.twitter.com/SKmkqJ0oGb

Stevens confirmed he would not have accepted the opportunity to coach again if there were any concerns over his health.

"If my health were an issue, I wouldn't be sitting here," he added.

"That still is most important to me. But I feel good at the moment and I hope that still will be the case in three months."

Schalke have not recorded a Bundesliga victory since January 20 but head of sports Jochen Schneider admitted it was still a tough decision to part ways with Tedesco.

"We thought a lot about this whole process and carefully considered our decision," Schneider said.

"Ultimately we decided that we couldn't turn things around with our current set-up. That's why we let Domenico go."