Monchi in talks over Sevilla return amid Arsenal links 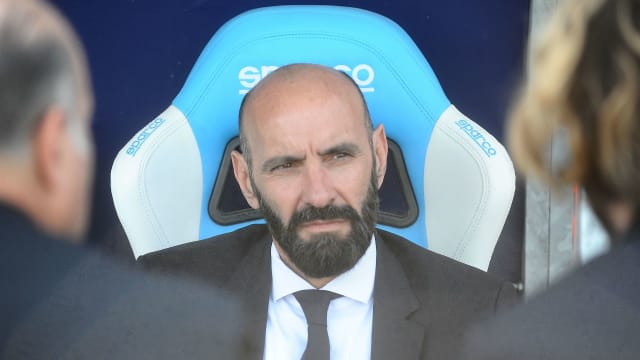 Revered sporting director Monchi is in closing in on a return to his former club Sevilla after leaving Serie A side Roma, dealing a blow to Arsenal.

Monchi left Sevilla in 2017 after 17 years as a director having inspired the most successful period in their history, helping the club win five Europa League titles.

The former Sevilla goalkeeper earned a formidable reputation for his work in the transfer market, becoming renowned for signing players on the cheap and then selling them – or academy products – at a massive profit, with Dani Alves, Sergio Ramos, Jose Antonio Reyes, Alberto Moreno and Ivan Rakitic among the biggest deals.

He departed Sevilla in search of a new challenge, but things did not go entirely to plan at Roma, as his signings came in for criticism and he was reportedly against the idea of dismissing coach Eusebio Di Francesco.

Arsenal – managed by his former Sevilla colleague Unai Emery – had been heavily linked with a move and reportedly thought they had the deal tied up, but the LaLiga side appear to have stolen a march after sacking coach Pablo Machin and replacing him with previous sporting director Joaquin Caparros.

Speaking at a news conference on Friday, president Jose Castro said: "The conclusion we have reached is that there is no one better than Caparros, a successful coach, who could take charge of the squad, which has been constructed by him.

José Castro: 'Sevilla Football Club now needs a Director of Football and we want the best. And Monchi is the best. We are having productive conversations with him.#vamosmiSevillapic.twitter.com/CMG7udrQfx

"We have contacted him already and he has been very receptive. We have to agree on an idea of ​​the future and both parties are optimistic.

"We do not need a sporting director for the end of the season, we need one for now, because Caparros is already with the first-team. Our conversations [with Monchi] have gone well and soon, possibly, Monchi could be our sporting director.

"The club knows him perfectly. The team does, too. We have talked about everything, and I repeat that I am very optimistic.

"I think I've explained it several times. The conversations with Monchi have been good and we see him very receptive to being part of the project for the next years.

"I think we just need to finish talking about some things. There is no date, but from the moment that Caparros is no longer the sporting director, we need [a new] one as soon as possible. I cannot take long.

"We've been talking for a few days now. He rescinded his contract with Roma and, from there, we talked. He is in favour of the projects we have in mind."