Mercedes in a league of their own - Vettel 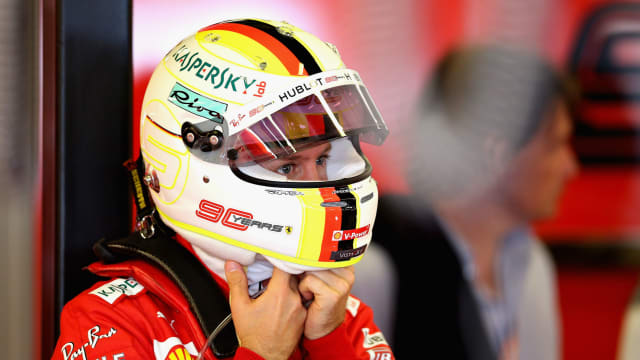 Sebastian Vettel believes Mercedes showed themselves to be in a league of their own in practice at the Australian Grand Prix, despite talking down their pre-season chances.

Mercedes and Lewis Hamilton claimed the Formula One titles in 2018 yet appeared pessimistic ahead of the new campaign, with Vettel's Ferrari impressing in testing in Barcelona.

But as the new season got under way on Thursday, Hamilton was quickest in both FP1 and FP2, with team-mate Valtteri Bottas close behind in the latter session.

Vettel was left frustrated that Mercedes seemed to be faring better than they had expected, dismissing predictions of struggles for the Silver Arrows as "bulls***".

"I think [Mercedes] looked really quick," the German said. "I don't know if it was just us struggling a bit, but as a matter of fact they were in a league of their own.

"What was all that bulls*** about, with them being out of shape and so on? I didn't understand that, to be honest. It was a bit of a surprise.

"Maybe everyone else was struggling and then we can turn it around, but they looked very strong and much stronger than they claimed before the weekend."

"I'm not confident at all," he told a news conference. "I think that winter testing is not qualifying, it's not a racing environment, you never know what the others are running.

"It's very difficult to assess the performance. I think we simply focused on ourselves, we had eight intense days, very little time to prepare for Melbourne.

"By the time you finish the testing, the cars are ready to be shipped directly to Melbourne, so I think it's really by here that we start understanding who is the fastest."