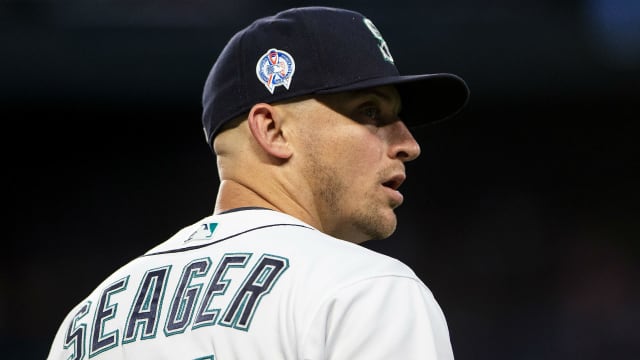 The 31-year-old third baseman underwent surgery on Tuesday on a tendon in his left hand.

Seager had initially been expected to be out until the end of April, but general manager Jerry Dipoto believes the timetable for his return will be more than eight weeks, with a return to games perhaps closer to 12 weeks.

"He won't be able to pick up a bat until the eighth week," Dipoto said of Seager.

"It's hard to believe we'll shut him down for two-plus months and he'll be able to hit MLB pitching in two weeks. So I suspect we're probably looking more toward 10 to 12 weeks."

Seager originally hurt his hand diving for a ball during a spring training game last week.