Manchester United were not s*** against Arsenal - Solskjaer 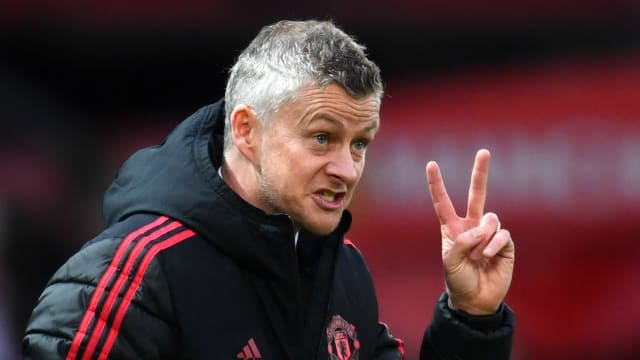 Ole Gunnar Solskjaer has defended Manchester United's performance in their defeat to Arsenal last weekend, insisting that they were not "s***".

United had won all nine of their away matches under Solskjaer until their trip to Emirates Stadium, where goals from Granit Xhaka and Pierre-Emerick Aubameyang struck a blow in the top-four battle.

The Red Devils carved out a number of clear opportunities of their own but were unable to find a way past home goalkeeper Bernd Leno.

Despite the defeat, Solskjaer – whose side travel to Wolves for an FA Cup quarter-final on Saturday – has no issues with United's performance and believes they were unlucky to lose.

"You're always measured on results but we played a good game against Arsenal," he told a media conference.

"We've played so much worse and won games and that's the strange thing when you're a manager.

"You can look behind the result and say that was a good performance, but we didn't get what we deserved. It's so strange, the Arsenal one.

"We were very disappointed in the result, it hurts more than anything, but we can't look at the performance and say we were s***, because we weren't, to be honest and blunt."

Solskjaer's former Manchester United team-mate Paul Scholes left his position as Oldham Athletic manager on Friday after just a month in charge and the Norwegian has opened the door for him to come and talk about his experiences.

"He's probably got his reasons why he left, so you've got to ask him," he added.

"He's invited here if he wants to come and have a little chat about it. We've texted and it didn't work out, that's just management."