LeBron James to sit out Lakers' game at Pistons 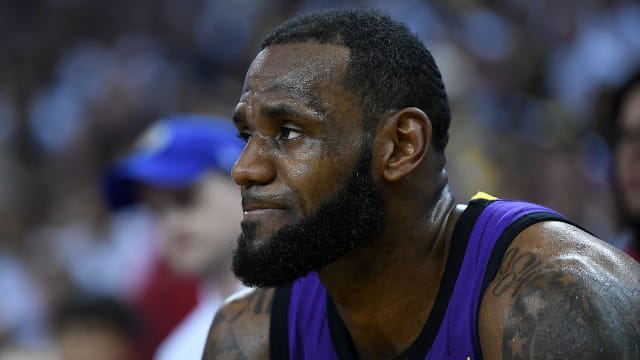 LeBron James will miss the Los Angeles Lakers' trip to the Detroit Pistons having played in the previous 15 games.

The Lakers said their star forward will not play against the Pistons due to "load management" with the groin injury that kept him out for a month earlier this season.

The rest day comes a night after James played 31 minutes, 47 seconds in a loss at the Toronto Raptors, the second of a five-game road trip.

Los Angeles have dramatically reduced James' minutes since he passed Michael Jordan to go third on the NBA's all-time points list on March 6.

After playing at least 37 minutes in nine of 10 games prior to that milestone, James has topped out at 33:24 since.

James has not missed a game since February 2, but Los Angeles have gone just 4-11 in that span and sit 11th in the Western Conference at 31-37.

Sitting Friday would seem to indicate James will be available on Saturday at the New York Knicks and on Tuesday at the Milwaukee Bucks to wrap up the road trip.