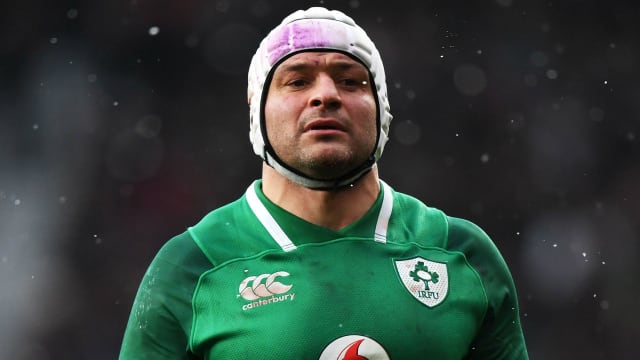 Rory Best will try to set aside the emotion of his final Six Nations appearance as he feels Ireland need their best performance yet at Wales.

Ireland captain Best announced last week that he plans to retire after this year's Rugby World Cup, meaning Saturday's match at Cardiff will be his last in a competition in which his side enjoyed Grand Slam glory last year.

But Wales are instead on the brink of the Grand Slam and Ireland must triumph if they are to retain any hope of even defending their title.

Best and his team-mates have delivered numerous outstanding displays in recent years, but their departing skipper believes they will have to improve further to upset Warren Gatland's men.

"It's incredibly special for me and my family," Best said of the match. "I was old enough to watch the Five Nations and as a family we went down for nearly every home game.

"And then to be incredibly lucky to play in it for so many years, it's a proper traditional, rugby tournament.

"While I will miss the matches, there will be moments like struggling to put a pre-match meal down your neck and having all those nerves running around which I won't miss. It will be nice to enjoy the matches with my family.

This is set to be epic! pic.twitter.com/zCkPBHbF4L

"There have been so many highs but also so many lows. My first Six Nations cap was against Wales in 2006. It seems so long ago but it has also gone in a flash.

"Apart from the Aviva, there is nowhere else I'd rather play than here especially when there is something on the line.

"I'll try not to get too emotional. Hopping on the bus, the team anthems, realising that this is the last time you'll ever do any of these things, that special atmosphere in the dressing room when everyone is knackered.

"Thinking about those moments makes you emotional. But I've dragged the a*** out of it for long enough now.

"I wanted to go out on my terms, when I feel I'm playing well and we know we still have something to do later in the year.

"We have produced good performances before, but it is so tough to come here against a side on such a winning roll, in this place which is incredibly tough to win anyway."