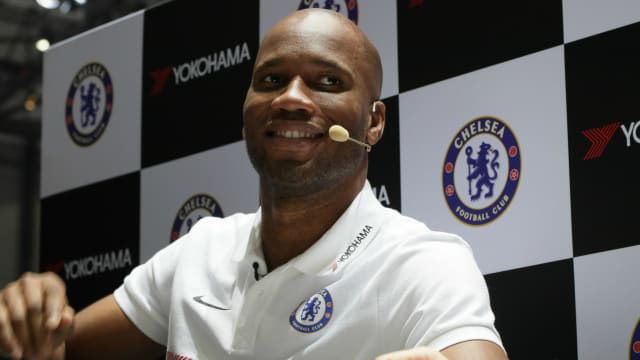 Romelu Lukaku is a "crazy" talent who can still get even better, according to former Chelsea team-mate Didier Drogba.

Having failed to score in nine consecutive appearances, Lukaku netted twice in wins over Crystal Palace, Southampton and Paris Saint-Germain to re-establish his importance to Manchester United.

The Belgium international, who first moved to England with Chelsea in 2011, has been one of the United stars to benefit the most from Ole Gunnar Solskjaer's spell as caretaker manager and is expected to be involved in Saturday's FA Cup quarter-final at Wolves.

And Drogba thinks his former team-mate, who is still only 25, can develop even further in the coming years.

"I am really happy for him because I remember the way he started with us. He was a kid and now he is developing but he is still young," Drogba – speaking courtesy of Yokohama Tyres – told Omnisport at the Geneva Motor Show.

"People forget that he is still young because he has been around for so long now. But the kid is still young and despite his age, he scored so many, many, many goals. He still has room for improvement. It's crazy.

Believing in yourself can be the difference in moments like this...proud of my team @ManUtd pic.twitter.com/JD01Ktz7IC

"You don't need to play much, you need to score goals and that's what he did [against PSG]. People talk, talk, talk but the guy is scoring his goals. He is not maybe your fancy striker, but the guy is performing."

Lukaku's two goals against PSG came before Marcus Rashford's injury-time penalty secured a shock 3-1 win that sent them into the Champions League quarter-finals on away goals.

Drogba thinks United deserve credit for their tactics at Parc des Princes, saying the match serves as proof that all-out attacking football is not always the best approach.

He said: "I think it's difficult to take for Paris Saint-Germain, but you have to give credit to Man United who came and still believed. Of course, Paris is out, but Man United played to qualify.

"You go to Paris Saint-Germain, a very good team, with talented players and you have to win. So, you need some strategy and that's what Ole Gunnar Solskjaer did, [and] he qualified."

Strikers such as Alvaro Morata, Michy Batshuayi and Fernando Torres have struggled to fill Drogba's shoes at Chelsea ever since he first left the club in 2012, while Diego Costa was sold after being deemed surplus to requirements by former boss Antonio Conte.

Lukaku was another who failed to earn a regular spot in the Chelsea first team, but Drogba does not think it impossible for other forwards to replicate his efforts at Stamford Bridge.

"No, they just have to wear the number eleven!" he joked.