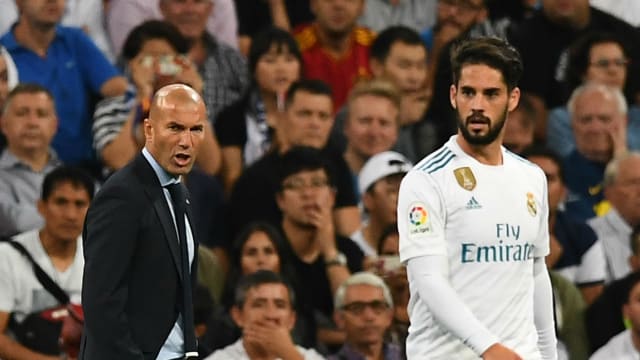 Zidane cemented his Madrid legacy during a glittering 28-month reign that began in January 2016 and saw him lift three Champions League titles and a LaLiga crown.

The Frenchman sensationally walked away from the Santiago Bernabeu in May 2018 and president Florentino Perez has since sacked two head coaches in nine months during an underwhelming season.

The Champions League holders were humiliated 4-1 at home against Ajax to end their bid for a fourth straight European title, and they have fallen 12 points off the pace in LaLiga. Zidane begins his second spell as coach on Saturday against Celta Vigo.

With Zidane already established as an icon in Madrid, Isco believes the 46-year-old deserves even more recognition for pledging to rebuild the golden empire which has collapsed in his absence.

"As a player he was amazing, as a coach he has won everything.

"It is fantastic for everyone to have him back at Real Madrid. And all the credit for him being back now, when time is tough.

"He loves Real Madrid and hopefully he will lead us again to the victory."