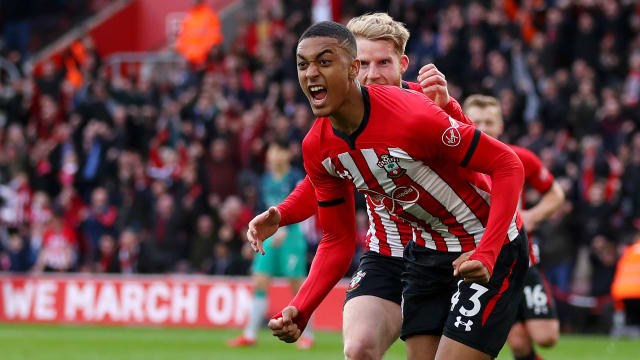 Southampton have rewarded Yan Valery for a breakthrough Premier League season by giving the defender a new four-year contract.

Valery scored his first Premier League goal with a stunning strike in a 3-2 loss at Manchester United this month and followed up with another goal in Southampton's next game, a 2-1 comeback win at home to Tottenham.

The 20-year-old has become Southampton's first choice right-back under Ralph Hasenhuttl, who is thrilled to tie the academy graduate down to fresh terms.

"Yan's development has been fantastic in the last few months," said Hasenhuttl. "I think he is a player who embodies precisely the philosophy of Southampton, as he is young and forward-thinking.

"He has been given trust by us, and in return he has shown exactly what we want to see, which is a brave player who believes in himself and is willing to work on his deficits to get better.

#SaintsFC is delighted to announce @yan_valery has signed a new long-term contract with the club! pic.twitter.com/A4hNvhqmhK

"Already you can see Yan has improved defensively, and his goals against teams like Manchester United and Tottenham are big signs of how much his confidence has been growing.

"Players like Yan are the future of Southampton Football Club, not just the present, so I am very pleased for him and for us that he has signed this new contract."

Southampton, 16th in the Premier League after beating Spurs, return to action on March 30 with a trip to Brighton and Hove Albion.