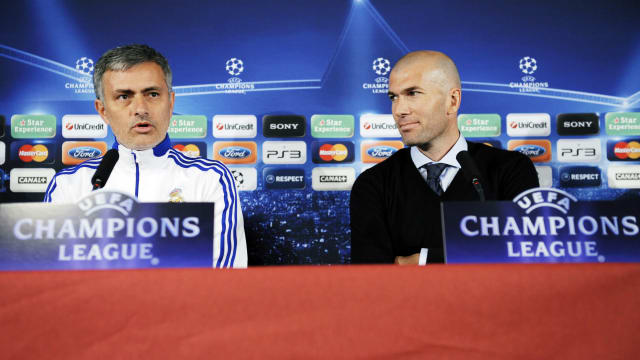 Jose Mourinho has described the reunion of Zinedine Zidane and Real Madrid as "perfect".

Having coached the Spanish giants between 2010 and 2013, Mourinho had been linked with a return to the Santiago Bernabeu to replace Santiago Solari, who was sacked following Madrid's Champions League exit at the hands of Ajax.

The Portuguese, who was dismissed as Manchester United manager in December 2018, has given Zidane his endorsement by backing the Frenchman to "show how good he is."

His second spell kicks-off with a home tie against Celta Vigo on March 16. Madrid sit 12 points off the top of the table with 11 games remaining.

"It's a great opportunity to show how good he is, especially now with a new project. I think he's great."