McIlroy, Johnson in the mix as Fleetwood leads The Players Championship 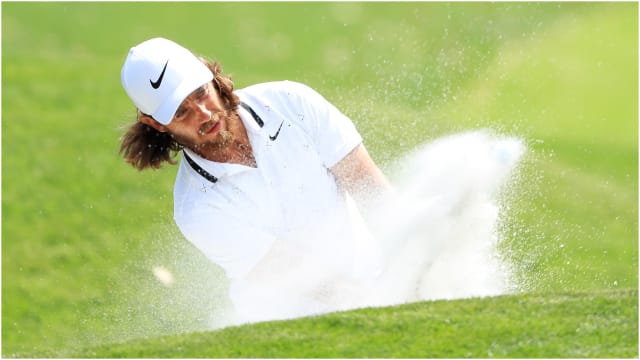 Tommy Fleetwood seized an early lead at The Players Championship, but Rory McIlroy and Dustin Johnson were both close behind after their first rounds.

Englishman Fleetwood - a star of last year's Ryder Cup - made a superb start to the week as he carded a seven-under 65 to move into the lead ahead of Byeong Hun An.

Fleetwood was just one under through his front nine, having started at the 10th, but rallied with six birdies on the way back to edge in front by a shot at TPC Sawgrass.

"I played really well all day," Fleetwood told Sky Sports. "I had some chances on 15 and it didn't happen but it shows that if you stay patient, things can happen."

McIlroy, who has endured Sunday woes of late, ensured he was very much in the running as his opening round ended, tied for third on five under.

A bogey-free round took the Northern Irishman ahead of Dustin Johnson, who failed to build on a 32 on his front nine and finished three under when he bogeyed the last.

Justin Thomas was also involved at the top of the leaderboard until he found the water with his tee shot at the sixth and carded a double-bogey.

A bogey at the eighth then contributed to Thomas ending the day with a one-under 71.

Bryson DeChambeau went round in 70 and Sergio Garcia finished one better off at three under.

Tiger Woods, starting as various other contenders finished for the day, was one over through three.

Elsewhere, an early contender for shot of the week came from Harris English, who hit a stunning albatross at the 11th.

ALBATROSS! @Harris_English holes it from 236 yards!