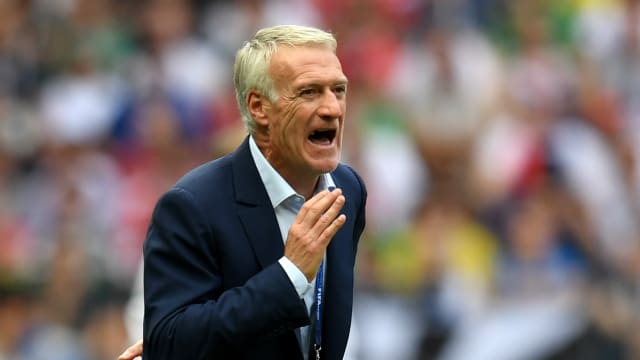 Didier Deschamps concedes that Alexandre Lacazette and Wissam Ben Yedder will not be happy about being overlooked for the latest France squad.

Deschamps named his squad for the upcoming Euro 2020 qualifiers against Moldova and Iceland on Thursday and there was no place for the duo.

Ben Yedder has been in sensational form for Sevilla this season, plundering a hat-trick against Real Sociedad at the weekend to take his tally to 26 in all competitions, while Lacazette has scored 14 goals in all competitions for Arsenal.

Deschamps has an abundance of talent to choose from in attack and says the similarities between Ben Yedder and Lacazette worked against them, instead opting for Olivier Giroud's physicality up front.

"I don't think they will be happy today," he told a media conference.

"They are doing a lot of very good things, but I have to make choices. They are both closer in style to each other than Giroud.

Here's our squad for the upcoming @UEFAEURO matches against Moldova and Iceland!   #EURO2020 #FiersdetreBleus pic.twitter.com/fgebFmDpe6

"They would deserve the call-up. They just need to keep doing what they are doing."

Anthony Martial pulled out of the Nations League clash against Netherlands and friendly with Uruguay in November with a groin problem and has again been called up by Deschamps, who is excited by what the Manchester United star can do when fully fit.

"He has always been part of this French group," he explained.

"Sometimes he has been taken, sometimes he hasn't. He had some slight fitness concerns, but when he is in full control of his ability in beating players, he has all the attacking qualities required."

Deschamps' side travel to Moldova on March 22 and then face Iceland at the Stade de France three days later.