Coman wins France recall, Umtiti and Martial both back 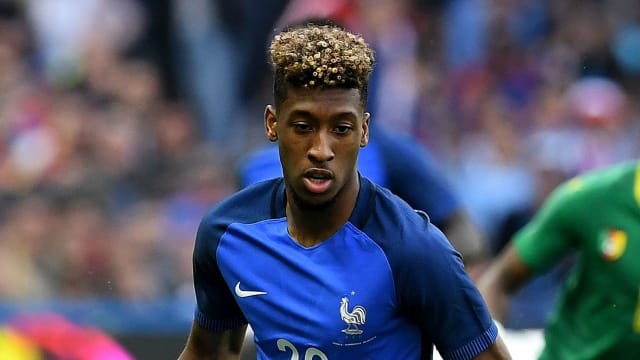 Kingsley Coman has been recalled to the France squad for their upcoming Euro 2020 qualifiers against Moldova and Iceland, while Samuel Umtiti and Anthony Martial also return after injury.

Bayern Munich forward Coman has not been called up by Didier Deschamps since being dropped from the preliminary squad ahead of the World Cup in Russia, where Les Bleus went on to triumph.

Injuries have limited Coman's Bundesliga starts this season, but a fine run of form for the German champions has done enough to earn a recall for the qualifiers at Moldova on March 22 and at home to Iceland three days later.

Coman is joined by Barcelona defender Umtiti, who missed the Nations League clash against Netherlands and friendly with Uruguay in November with a knee injury, and Manchester United's Martial, who pulled out of the same squad with a groin problem.

There is still no place for defender Aymeric Laporte despite his impressive displays for Manchester City this season, while Arsenal's Alexandre Lacazette and Sevilla's Wissam Ben Yedder have also been overlooked.

Ousmane Dembele misses out after suffering a hamstring injury during Barcelona's 5-1 Champions League last-16 win over Lyon on Wednesday that is likely to keep him out for a month.

Here's our squad for the upcoming @UEFAEURO matches against Moldova and Iceland!  #EURO2020#FiersdetreBleuspic.twitter.com/fgebFmDpe6