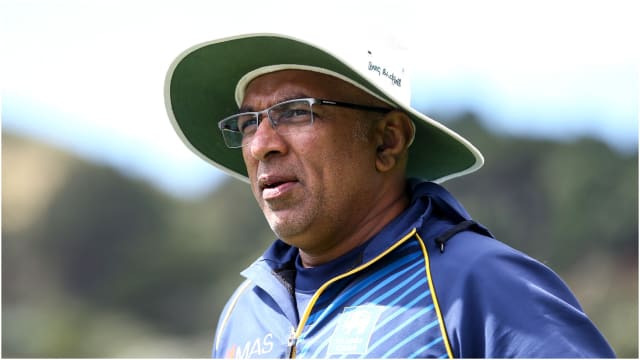 Sri Lanka head coach Chandika Hathurusingha will not oversee his side's Twenty20 international series against South Africa amid reports he is set to be sacked.

After back-to-back Test wins over the Proteas, Sri Lanka have lost the first four one-day internationals in South Africa.

The final match of that series is to come on Saturday, after which Hathurusingha has been ordered to return to Sri Lanka.

Sri Lanka Cricket says Hathurusingha will "discuss the Sri Lanka team's preparation for the upcoming ICC Cricket World Cup", but it is reported that the board are unhappy with the team's form.

Fielding coach Steve Rixon will instead lead the team in their three T20 fixtures.

Sri Lanka have named a squad for the forthcoming series, with Jeffrey Vandersay, Suranga Lakmal, Asitha Fernando and Sadeera Samarawickrama all included.

Dasun Shanaka has been dropped, while there is no room in the group for Oshada Fernando or Dinesh Chandimal.