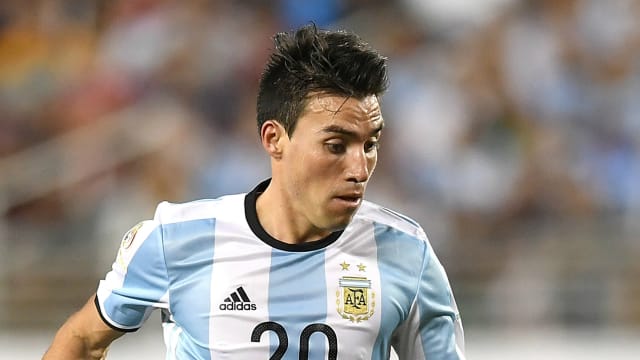 Nicolas Gaitan has signed for Chicago Fire, the MLS club have announced.

Gaitan's move from the Chinese Super League to MLS was revealed by Dalian Yifang last month, the former Argentina international joining on a free transfer.

The 31-year-old, formerly of Benfica and Atletico Madrid, has signed a single-season deal with Chicago but the club hold an option to add a further year.

"Nicolas is a player that can destabilise any defense in this league," said head coach Veljko Paunovic.

"He has an enormous amount of talent and is still in his prime. We're eager to get the most out of his attacking creativity."

Gaitan has been capped 19 times by Argentina, helping them to qualify for the 2018 World Cup, but his last international appearance came in 2016.

Chicago finished second from bottom in the Eastern Conference last season, with Gaitan joining players including Germany great Bastian Schweinsteiger at the club.

Paunovic's side have taken a single point from their first two games of the new campaign, with their next game at home to Seattle Sounders on Saturday.