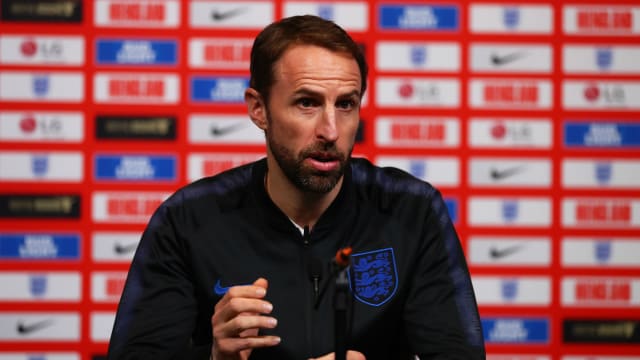 Southgate's side face Netherlands in the Nations League semi-finals on June 6 in Portugal, five days after the Champions League final takes place at the Wanda Metropolitano in Madrid.

The winners of the inaugural Nations League will be crowned on June 9, but Southgate will need to prepare for those decisive clashes without players bound for the Champions League final.

For the first time in a decade, four Premier League teams – Manchester City, Manchester United, Liverpool and Tottenham – have booked their place in the competition's last eight. Thirteen players from those teams were named in Southgate's 25-man squad for two Euro 2020 qualifying matches in March.

Players set to line up in the Champions League final would miss an England training camp in late May, and Southgate revealed his frustration that the Three Lions' bid to lift their first major international title since 1966 could be severely affected.

Here it is – the #ThreeLions' squad for our opening two #Euro2020 qualifiers:https://t.co/3seiPqsZrO

"It could be a mess," Southgate told UK newspapers.

"Let's say if two of our teams made it to the Champions League final, then we wouldn't see them, at best, until the Monday before we play on the Thursday.

"We have been in a semi-final, we qualified [four] months ago and what a great opportunity to win something. And then you don't actually get the team together?

"And with the emotion of that game [Champions League final], can those players even realistically play on the Thursday night for us? We'll have to work out all of that out as that goes on.

"They would all need a period to psychologically switch off and we'd have to look at Champions League final players when we got to it."