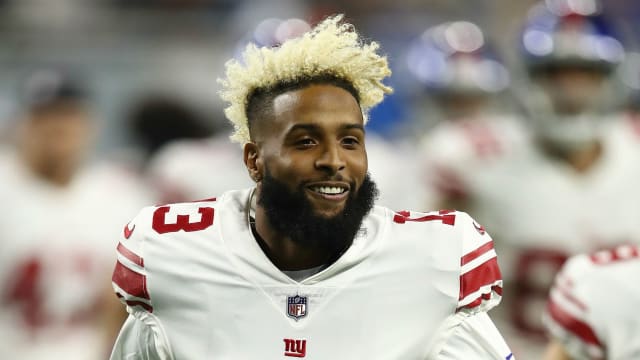 LeBron James pretty much captured the mood after it came to light that Odell Beckham Jr was headed to the Cleveland Browns in a blockbuster trade from the New York Giants.

Shockwaves were sent through the world of American football, when the NFL Network reported that the three-time Pro Bowler will move to Cleveland in return for the Browns' first-round and third-round picks in 2019, along with safety Jabrill Peppers.

Local-boy James knows all about being a star in Cleveland having previously represented the Cavaliers in the NBA, and wrote "OH!!!! S*#% just got REAL!".

But the Los Angeles Lakers star was not the only one to react to the news, with Baker Mayfield, Jalen Ramsey and Dez Bryant among those to comment.

Here's the best of the social media reaction to a mammoth announcement.